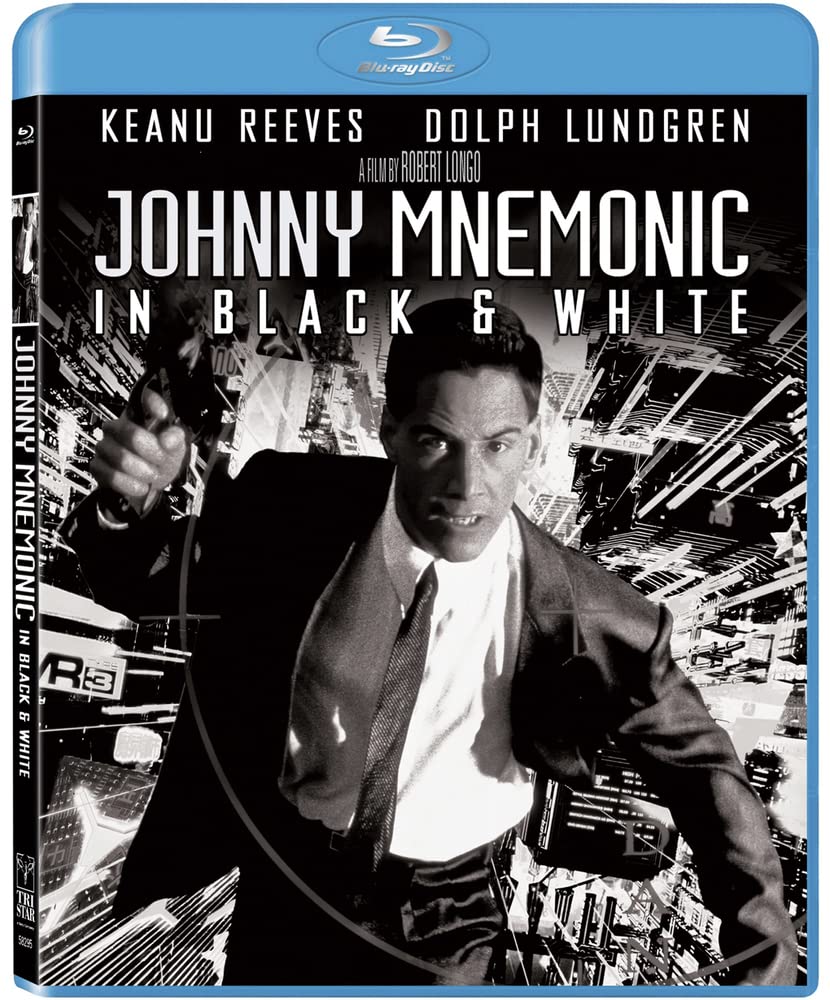 Robert Longo’s Johnny Mnemonic had a bit of resurrection when it was converted to black and white and included as an extra with the digital purchase of the film (we first discovered it on Apple iTunes). The cyberpunk thriller gets even more noir in black and white, revealing some of the film’s more objective narrative and dystopian setting envisioned by story-creator William Gibson.

Johnny Mnemonic stars Keanu Reeves as a “cyber courier” who transports encrypted data within a storage device implanted in his brain. Dolph Lundgren is a bounty hunter named Karl Honig who is instructed to track down Johnny after he goes rogue. And, Dina Meyer stars as a genetically-enhanced bodyguard. The film also features actor Takeshi Kitano, actor/artist Ice-T, and singer/writer Henry Rollins.

Black and white films certainly have found a niché in cinema but also in home theater applications. Last year, we saw Zack Snyder’s Justice League released in black and white (aptly titled “Justice is Grey“) simultaneously with the color version on HBO Max. Logan, a film that was apparently pitched to the studios to be in black and white, is also available as an extra on disc and digital editions.