This week there are four new Ultra HD Blu-ray titles hitting stores and warehouses not including any exclusive editions from retailers such as Best Buy and Target. All 4k releases this week feature HDR (High Dynamic Range) for expanded color depth on TVs that support HDR10 and Dolby Vision. And, multi-channel soundtracks are provided on each 4k disc for home theater audio systems that support DTS:X and Dolby Atmos. What will be the last film in the ‘Fifty Shades’ franchise Fifty Shades Freed (2018) starring Dakota Johnson and Jamie Dornan will release to 4k Blu-ray on May 8th simultaneously with Blu-ray and DVD. The 4k Blu-ray edition presents the film in 2160p at 2.40:1 widescreen aspect ratio with HDR via the HDR10 specification for extended color depth. The English soundtrack is provided on both Blu-ray Disc editions in DTS:X. More details Ranked No. 71 on AFI’s 100 Greatest American films (10th Edition), Saving Private Ryan (1998) is also one of the greatest war movies of all time. Previously available in a number of 1080p editions, the film will finally hit stores in 2160p 4k on May 8th with Dolby Vision providing HDR color enhancements. What’s more, the English soundtrack has been remixed to Dolby Atmos for immersive, multi-channel sound. More details 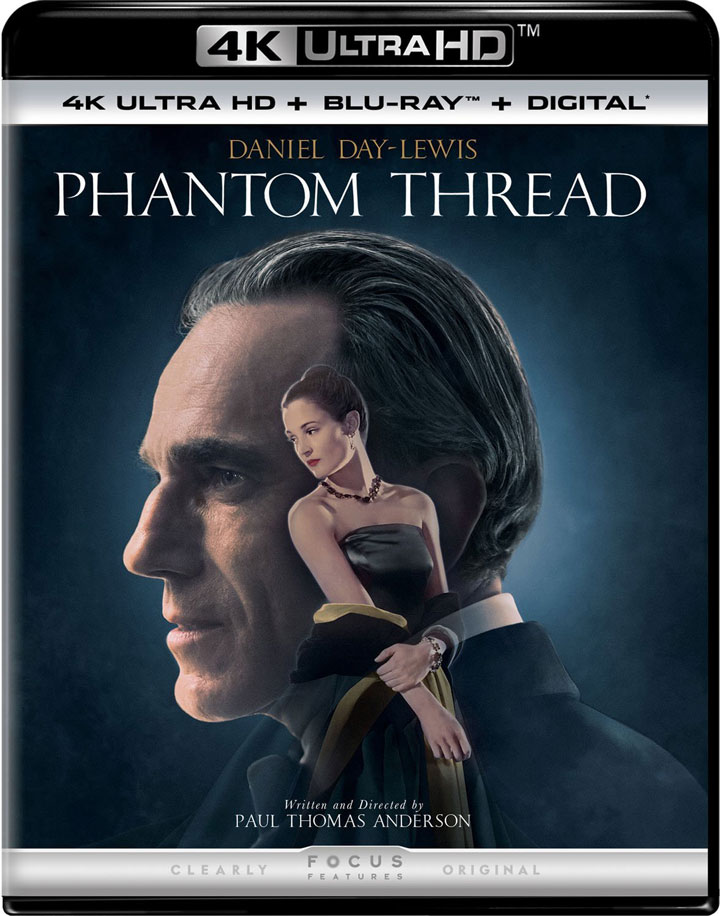 Oscar-winning drama (“Best Achievement in Costume Design”) and 5-time nominee Phantom Thread (2017) has already been released to standard Blu-ray but gets a late release to 4k Blu-ray on May 8th. The 2-disc combo from Focus Features presents the film in 2160p on 4k Blu-ray with High Dynamic Range via the HDR10 specification and an English soundtrack in DTS:X and DTS-HD Master Audio 7.1. More details Source Code (2011) starring Jake Gyllenhaal and Michelle Monaghan is yet another Ultra HD Blu-ray release on May 8th. The 2-disc combo from Lionsgate features the movie with upscaled 4k 2160p video with High Dynamic Range color and an English soundtrack in Dolby Atmos and Dolby TrueHD 7.1. More details

On Blu-ray Disc this week