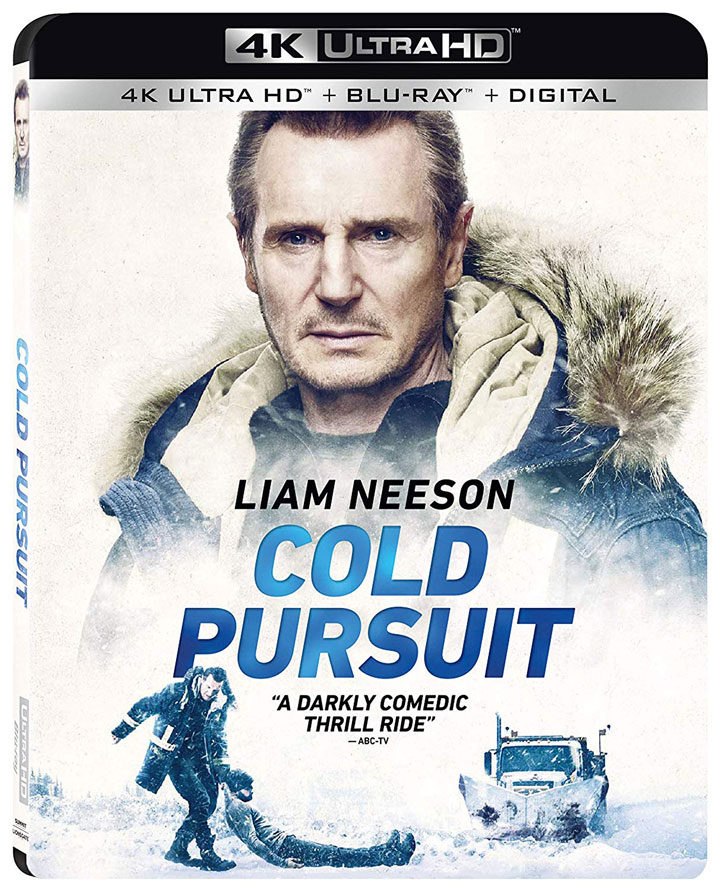 On Blu-ray and Ultra HD Blu-ray the movie comes in a combo edition from Summit/Lionsgate with an extra disc (either DVD or Blu-ray) and a code to redeem digital copy (either HD or 4k).

Bonus features include interviews with Director Hans Petter Moland and Liam Neeson, the featurette “Welcome to Kehoe: Behind the Scenes on Cold Pursuit”, and deleted scenes.

Cold Pursuit on Blu-ray is presented in 1080p while the 4k Blu-ray plays at 2160p with Dolby Vision for High Dynamic Range. Each Blu-ray edition also includes a soundtrack in Dolby Atmos.