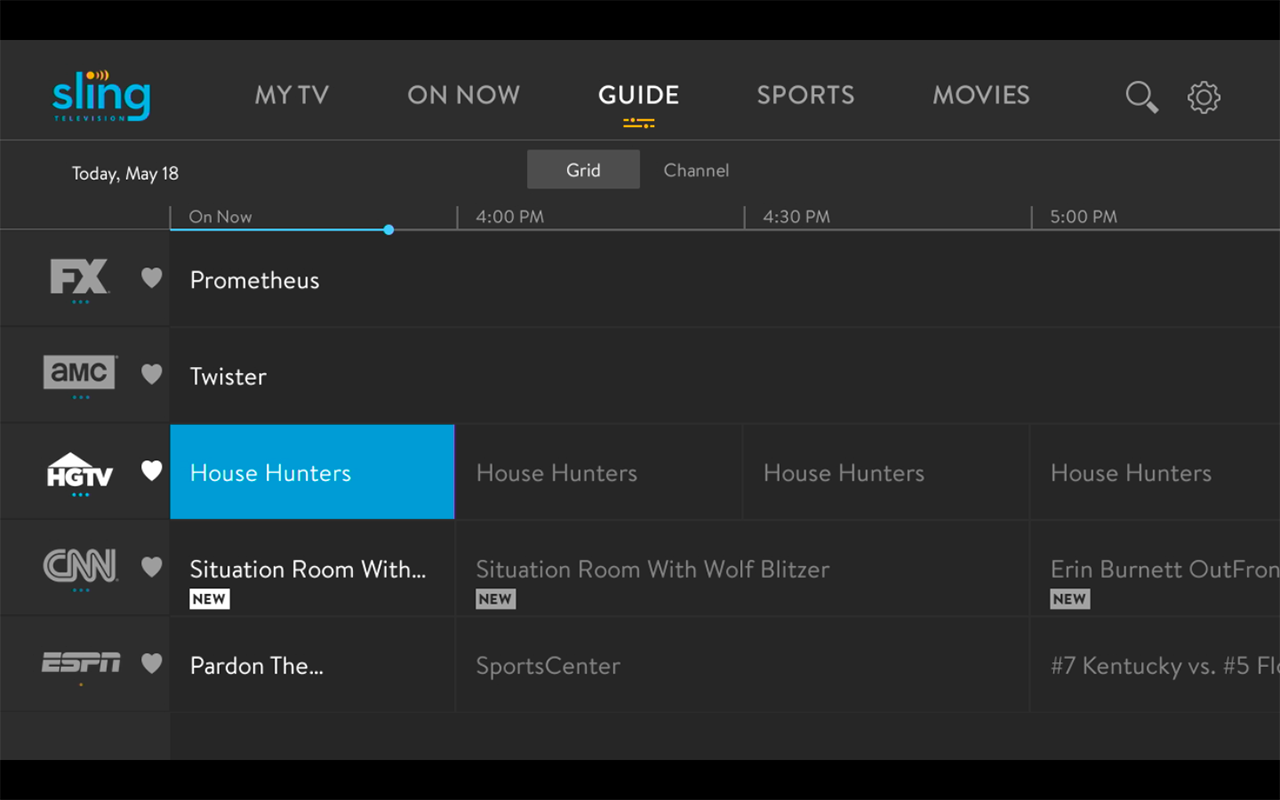 Perhaps the most useful new feature for a good percentage of users is a Grid Guide (pictured above) that takes a more traditional approach to program listings. Much like a TV guide you might use for cable or satellite TV service, the grid guide provides channel listings, programs, and times all within an interface that’s scrollable both vertically and horizontally.

The new Sling TV Android interface has added a Featured section to the MyTV tab that currently includes “Featured Movies” and “Featured Shows.” The two ribbons are intended to help subscribers find content from the Sling TV programming lineup. In the same vein, the new UI includes a revised algorithm for displaying “what’s hot” in the On Now section.

And, within the next few weeks Sling is rolling out a Shows section that will display users’ favorite series and allow them to discover more shows by genre.