If you hesitated paying $50 last year for the season subscription to NFL’s Red Zone, you’ll be pleased to know this year the channel will be included with NFL SUNDAY TICKET. In addition, DirecTV has promised every game in HD, the Game Mix Channel, and Short Cuts to the season pass.

Game Mix Channel (which displays up to eight games at once), will be found on channel 702 in HD. Red Zone Channel will be found on dedicated Channel 703 also in HD. And Short Cuts (NFL games edited down to 30 minutes) will be viewable Sunday night through Tuesday in hi-def on channels 704 and 705.

“We’ve made every NFL SUNDAY TICKET customer a ‘superfan’ this year by rolling in HD, Game Mix, Red Zone and Short Cuts to the package at no extra charge,” said Derek Chang, executive vice president, Content Strategy and Development for DIRECTV. 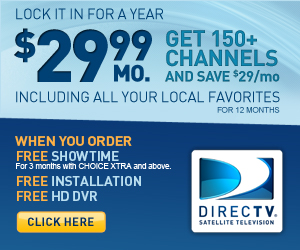