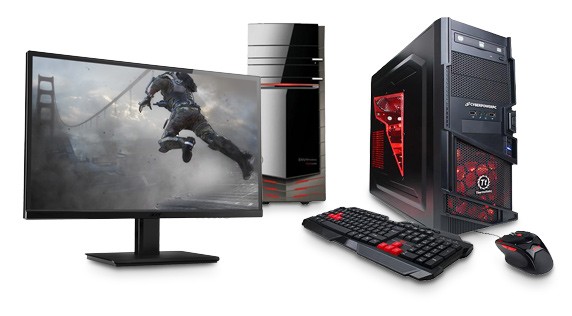 Many people still think building a gaming computer themselves is about as likely as waking up with wings, but the truth is that it’s not quite as difficult as one imagines it will be. In fact, with video game consoles trending towards the direction of gaming PCs, it’s never been a better time to build your own.

While no first (or 100th) PC build is completed without a hitch, anyone building their first machine can benefit from these tips that veteran builders know.

1. Be Honest About What You Need Everyone would love to have the most powerful PC on the block, but the truth is that not everyone needs it. Believe it or not, many people will overbudget themselves when building their first computer as they assume its more expensive than it really is.

To avoid doing that, just look at what you currently play, what you want to play in the future, and be honest about what parts you really need to play those games at their very best.

2. Consider The Cost Of An OS So you’ve got your monitors, your CPU, your graphics card, and your case…is there anything you’re forgetting? Most likely, the answer to that question is your OS. If you’ve only ever bought retail computers, then you’re likely not even going to think about buying an operating system.

Given that OS software can run over $100 and rarely goes on sale, that would be a huge mistake. Before you’re done adding up your PC costs, make sure that you’ve accounted for how much this crucial piece is going to run you. Building a good computer is cheap. No, seriously, it is. Since you’re building it yourself, you’re basically saving yourself hundreds of dollars on labor. Still, many people finding themselves holding off on a purchase just in case one part drops dramatically in price.

It’s a valid strategy, but the truth of it is that the big sale can sometimes be a myth. Big sales do exist, but great parts go on sale every day across smaller websites. Consulting enthusiast forums for daily deals is usually a better bet than holding off for a miracle sale. 4K and VR are the latest big things in PC gaming. What they both have in common is that they require a lot of money and a really powerful computer build. That being the case, the sad truth is you can’t just build a computer that’s 4K and VR-equipped that will just get you by.

With the way these technologies are advancing, today’s breakthrough is tomorrow’s old news. They’re still in the early adopter phase, meaning, people who invest in them need to be willing to invest in the future. Don’t plan on just “getting by.” There was a time when builders saved money by skipping the purchase of a solid slate drive. That time is not now. All but the most extreme of budget gaming PCs will benefit from a good SSD.

Make sure you buy an SSD large enough to store your OS, as well as a few other choice applications, and the benefits will make up for the extra cost. Even if you have to skimp a bit on the hard drive, this will be worth it.