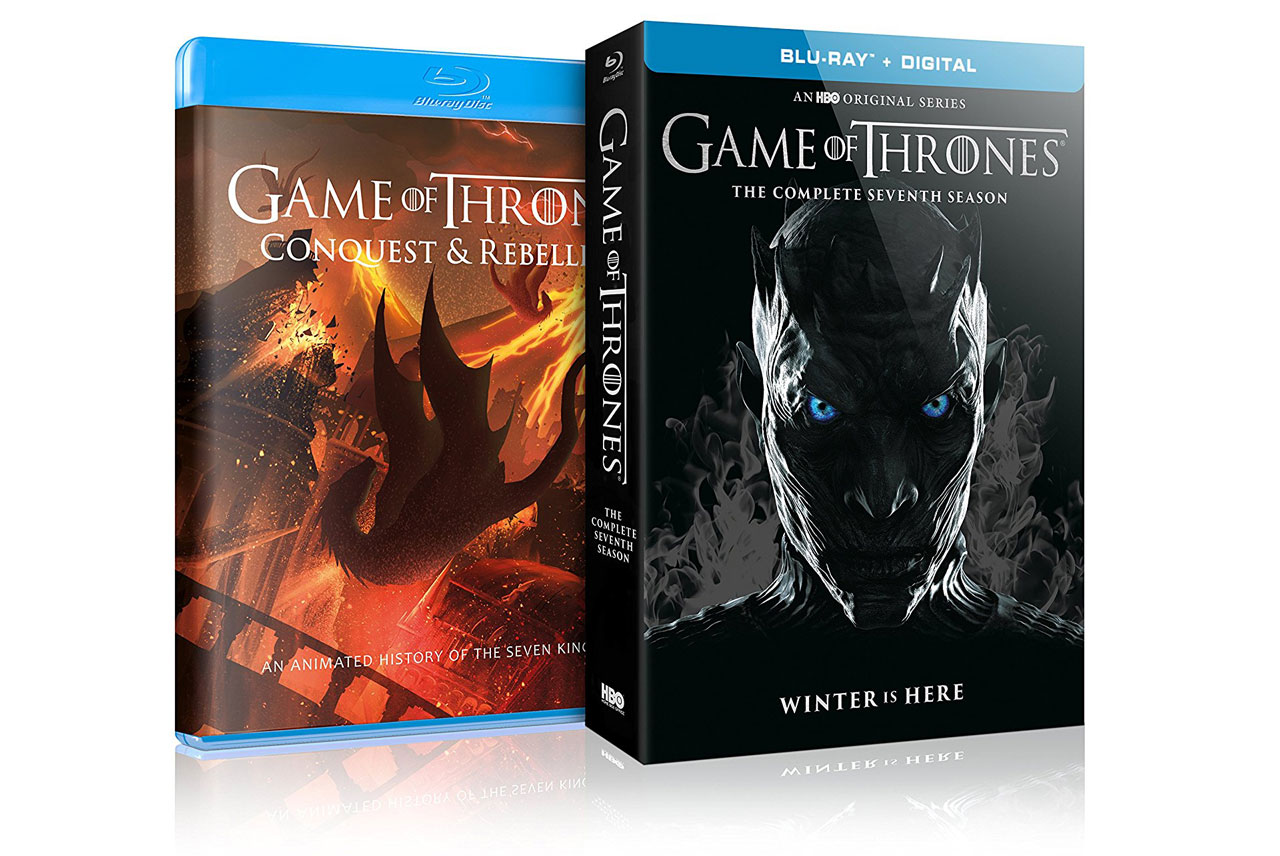 Game of Thrones Season 7 has been available to pre-order for a couple months now, but Amazon has got a new edition of the season that’s bundled with a never-before-seen animated feature.

The 45-minute animated history titled “Conquest & Rebellion” tells the rich back-story and lore of Game of Thrones, and is presented on Blu-ray Disc in its own separate case with cover image of a falling dragon. The animated feature is only available for a limited time, and exclusive to the GOT S7 Blu-ray and DVD editions.

Perhaps HBO feared the short, seven episode Season 7 might be difficult to sell for as much as previous seasons with ten episodes, but with an additional Blu-ray Disc that gives viewers insight to the history of R.R. Martin’s epic saga, this bundle is well worth pre-ordering.

The HBO packaged media also comes with a Digital HD copies of the episodes from Season 7, redeemable through UltraViolet partners (sorry, no iTunes copies).

There’s also a new Game of Thrones boxed set that includes all seven seasons of the hit HBO series, but what would be the point of buying Seasons 1-7 when the final, concluding season is coming our way? In any case the edition is available to pre-order for $129.99 (List: $229.99) with seven discs presenting all episodes of the first seven years. (See Amazon pricing below.)