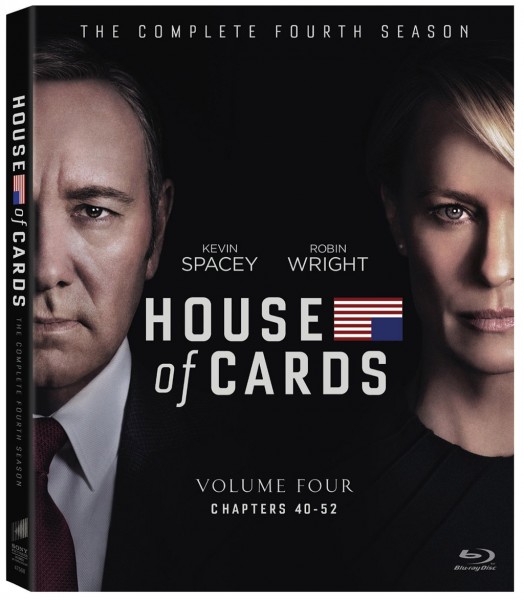 The fourth season of the Netflix Original Series House of Cards will release to Blu-ray Disc on Tuesday, July 5th. The 4-disc edition from Sony Pictures Home Entertainment will also include Digital HD copies of all episodes that are redeemable with UltraViolet partners. At a total run-time of 646 minutes, the edition covers Chapters 40-52 (Volume 4) of the series.

House of Cards: Season 4 on Blu-ray includes both English and French audio tracks in DTS-HD Master Audio 5.1 surround sound. Video, as with the previous seasons, is formatted in 1080p at 2.00:1 aspect ratio using MPEG-4 compression.